Hislop: I have real concerns about West Ham

Shaka Hislop discusses his frustrations with his former side after they lost 1-0 to Everton in the Premier League.

Everton claimed their first Premier League win of the season with a 1-0 victory over West Ham at Goodison Park on Sunday.

From Chelsea's top-four hopes to Leicester flirting with relegation, here are the teams starting to stress about the 2022-23 Premier League season.

Billy Horschel's love of West Ham began a long time before he hit the PGA tour, but now his fellow golfers -- and the Hammers -- are taking note.

The VAR Review: What happens next after controversy for Newcastle and West Ham, Martinelli's goal, Villa offside

A look at the big VAR rulings in the Premier League after a hugely controversial weekend, with Newcastle and West Ham getting the brunt of it.

The Premier League will review as a priority two controversial VAR decisions that saw Newcastle and West Ham United have crucial goals disallowed.

West Ham United boss David Moyes labelled the VAR decision to rule out an equaliser in their 2-1 Premier League defeat at Chelsea "scandalous."

Kai Havertz's winner clinched a dramatic comeback win for Chelsea against West Ham United, who had a late equaliser from Maxwel Cornet ruled out. 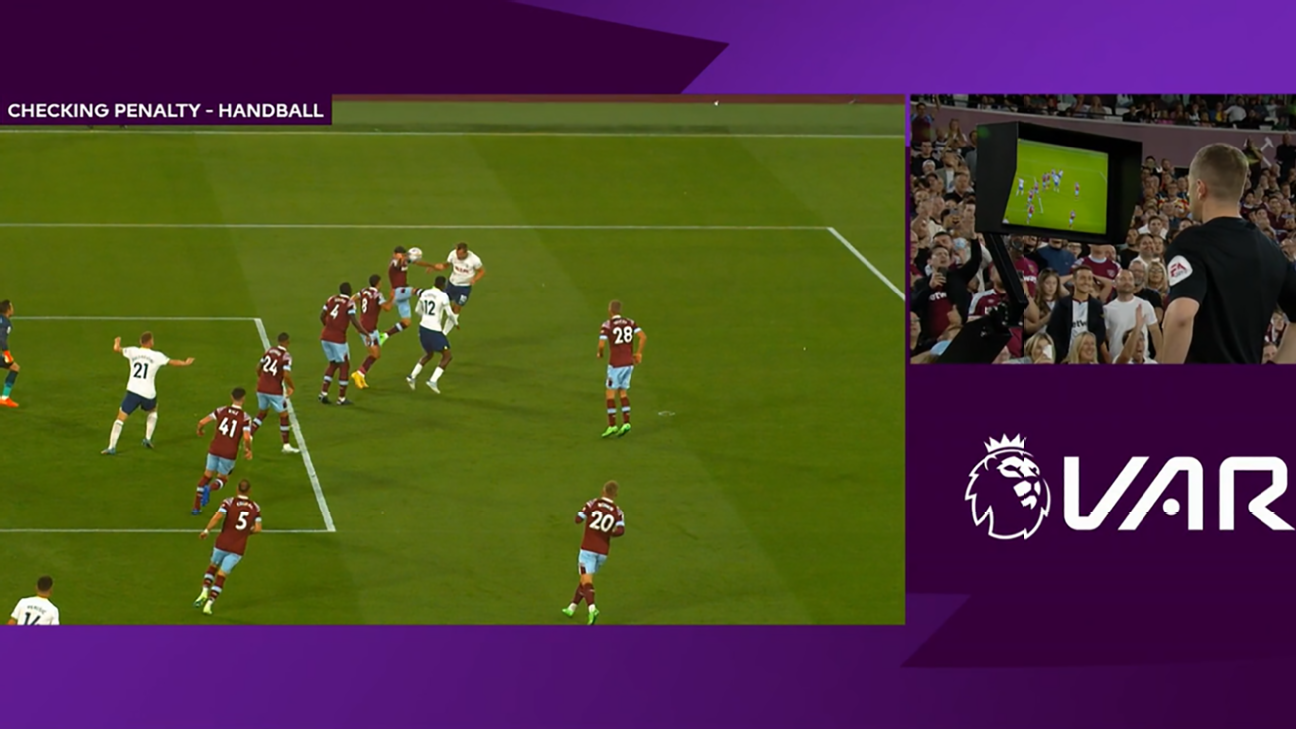 A look at the big VAR rulings in the Premier League, with Tottenham's cancelled penalty at West Ham the headline incident.

Tomas Soucek earned West Ham United a point against Tottenham Hotspur in a 1-1 draw in the Premier League on Wednesday.

Lucas Paqueta is first choice to start for Brazil at the World Cup. That's why his move to struggling West Ham should be welcome at London Stadium.

Julien Laurens feels Lucas Paqueta will add much needed creativity for West Ham, but thinks David Moyes will need to adapt his style for the playmaker.

West Ham United earned their first win of the Premier League season as a deflected shot by Pablo Fornals sealed a 1-0 victory at Aston Villa.

Premier League clubs have broken their spending record in a summer transfer window with a week still to go, according to analysis from Deloitte.

West Ham United have completed the signing of left back Emerson Palmieri from Chelsea, the Premier League club announced on Tuesday.

Brighton & Hove Albion maintained their impressive start to the Premier League season with a 2-0 win at West Ham United.

Erling Haaland marked his first Premier League game with both goals as Man City opened the campaign with an ominously dominant win at West Ham.

Erling Haaland scored a brace on his Premier League debut as Manchester City beat West Ham United 2-0 at the London Stadium on Sunday.

West Ham United have completed the signing of Italy international striker Gianluca Scamacca from Sassuolo, the clubs have announced.

Jesse Lingard will make a decision about his future by the weekend as West Ham, Everton and Tottenham all battle for his signature.