Brighton & Hove Albion's Premier League home game against Crystal Palace on Sept. 17 has been postponed due to a planned rail strike.

The Premier League will review as a priority two controversial VAR decisions that saw Newcastle and West Ham United have crucial goals disallowed.

Newcastle United had a second-half goal ruled out after a VAR review as they drew 0-0 with Crystal Palace on Saturday in a game full of chances.

Yoane Wissa headed a late equaliser after coming on a substitute to earn Brentford a share of the spoils in a 1-1 draw at Crystal Palace.

Crystal Palace winger Wilfried Zaha is back on the radar of Chelsea and Arsenal as the transfer deadline ticks down. Transfer Talk has the latest. 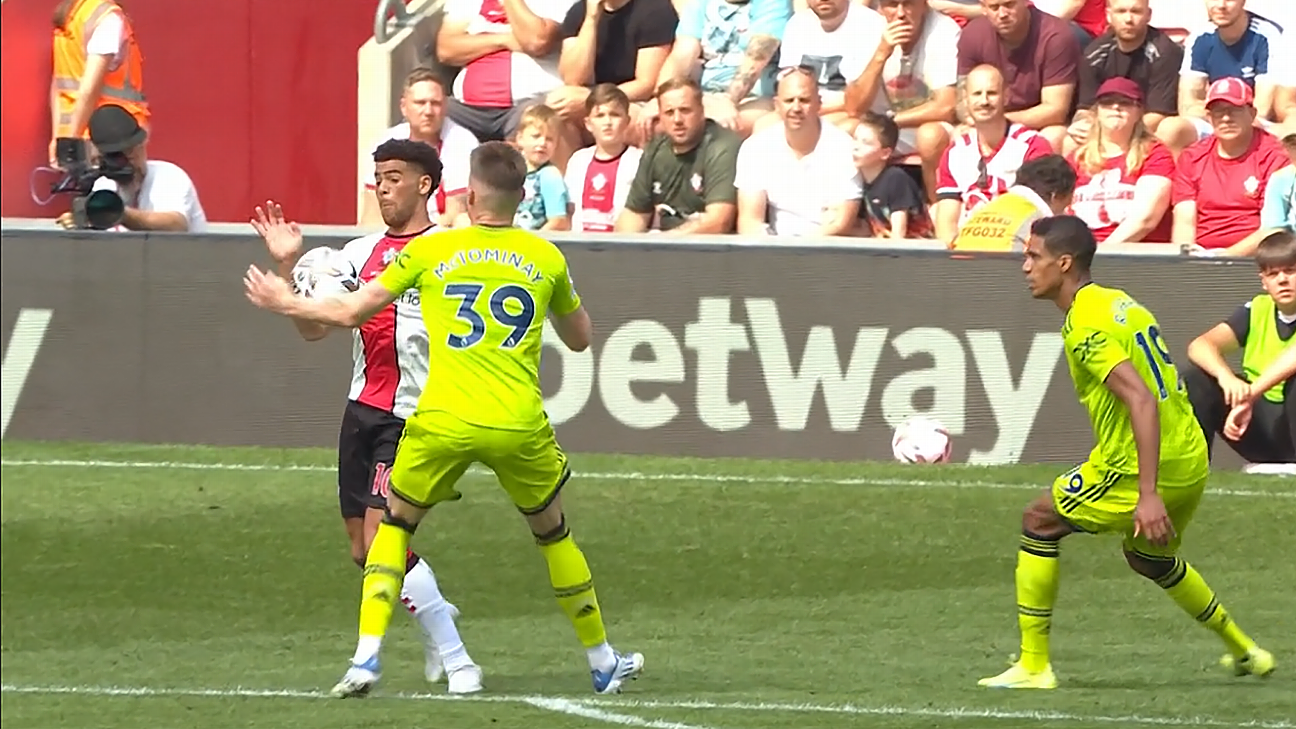 A look at the big VAR rulings in the Premier League, including a possible penalty against Man United and a red card for Erling Haaland.

Erling Haaland scored a hat trick as Manchester City fought back from two goals down to beat Crystal Palace 4-2 at the Etihad on Saturday.

Two goals from Wilfried Zaha and a late strike by Jean-Philippe Mateta helped Crystal Palace come from behind and defeat Aston Villa 3-1.

Americans in Europe: Where the USMNT's World Cup hopefuls are playing across the Atlantic

With the World Cup looming, the start of this European club season is vital, so where on the continent are the USMNT's hopefuls playing in 2022-23?

Crystal Palace's Joachim Andersen said he has received death threats after he was headbutted by Liverpool's Darwin Nunez on Monday.

Liverpool came back from a goal down to draw 1-1 with Crystal Palace after Darwin Nunez was shown a straight red card at Anfield on Monday night.

Arsenal delivered a hard-fought victory against Crystal Palace and secured a clean sheet to start the new Premier League season.

Arsenal beat Crystal Palace 2-0 in the opening game of the Premier League season at Selhurst Park on Friday.

United States men's national team defender Chris Richards has signed for Crystal Palace from Bayern Munich, it has been announced.

Manchester United players have leapt to the defence of captain Harry Maguire after the defender was booed during the 3-1 win over Crystal Palace.

Anthony Martial continued his good form this summer with a third goal in as many games as Manchester United beat Crystal Palace 3-1 in Australia.

Crystal Palace manager Patrick Vieira said his side's disrupted preparations for the 2022-23 Premier League season are "not the ideal situation."

Check out the full fixture list for the 2022-23 Premier League season.

The fixture schedule for the 2022-23 Premier League season was released on Thursday, with Erik ten Hag facing a tough start to life at Man Utd.

Manchester United lost 1-0 to Crystal Palace on the final day of the Premier League as new coach Erik ten Hag watched on.