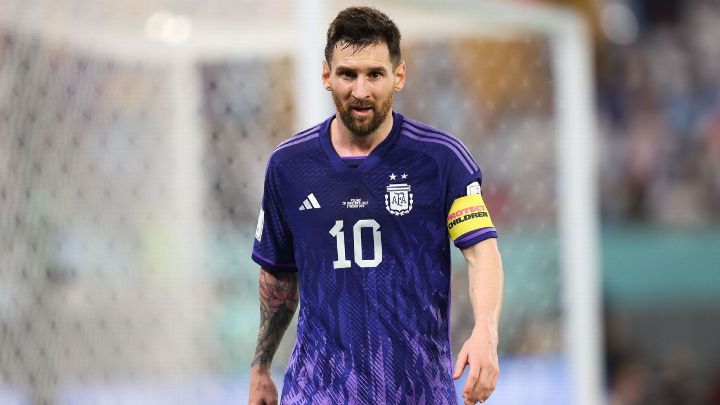 Argentina, who lost their World Cup opener against Saudi Arabia, finished top of their group after second-half goals by Alexis Mac Allister and Julian Alvarez led them to a 2-0 win over Poland.

After starting the game in second place and needing to win to be certain of qualification, Argentina's hopes were hit when Poland keeper Wojciech Szczesny saved Messi's 39th minute penalty.

Mac Allister's goal in the 46th minute put Argentina on course for victory, though, and Messi said he never doubted Argentina would win despite his spot kick miss.

"I'm annoyed that I have missed the penalty," Messi said. "But the team came out stronger after my mistake.

"The team was convinced that we were going to win, it was a matter of scoring the first goal. After that, the rest of the game was played the way we wanted."

Mac Allister, Alvarez and Enzo Fernandez all made big contributions for Argentina and alleviated the burden on Messi to deliver.

"We said it from the beginning, the player who has to come in knows what he has to do and is always fully prepared," Messi said. "The strength of this group is the unity and everyone answered the call."

"It's now nearly 2 a.m. on Thursday morning and we have to play again on Saturday," Scaloni said. "I don't understand this, but we just have to prepare as best we can."

Despite being strong favourites to beat Australia and book a quarterfinal tie against the United States or Netherlands, Messi said that the 2-1 defeat against Saudi Arabia will serve as a warning to Argentina to guard against complacency.

"We've learned a lot after we started [the World Cup] with a defeat," Messi said. "It was a bad start, everyone was disappointed and worried.

"Let's go calmly, we need to take that approach. Hopefully we can continue playing like we did today and show our best."