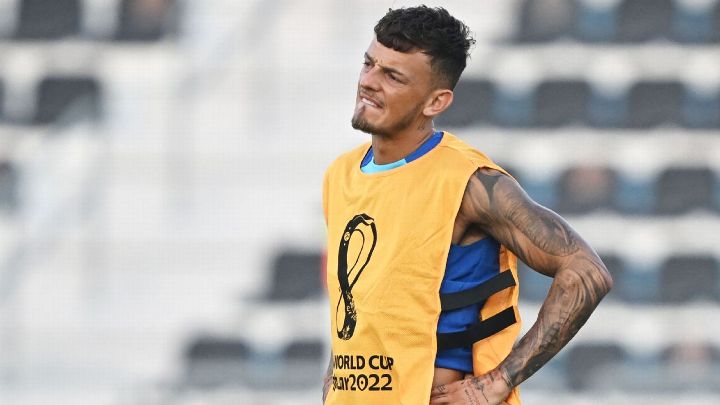 DOHA , Qatar -- Ben White will take no part in England's World Cup campaign after flying back home for personal reasons, the Football Association confirmed on Wednesday.

The Arsenal defender was yet to play a single minute in Qatar and missed Tuesday's 3-0 win over Wales through illness.

"Ben White has left England's training base in Al Wakrah and returned home for personal reasons," read an FA statement.

"The Arsenal defender is not expected to return to the squad for the remainder of the tournament. We ask that the player's privacy is respected at this moment in time."

No replacement can be called up per FIFA's regulations and so Gareth Southgate will manage the rest of the competition with 25 players, starting with Sunday's last-16 tie against Senegal at Al Bayt Stadium.

White was a late call-up after excelling for the Gunners this season in an unfamiliar right-back role.

However, Kyle Walker has recovered fitness following groin surgery to start against Wales while Kieran Trippier began England's first two matches in Group B and Southgate also has Trent Alexander-Arnold to call on.

Arsenal added their best wishes to the 25-year-old on their website, adding simply: "We're all with you, Ben."