Top 10 footballers to watch on ESPN in Africa this season 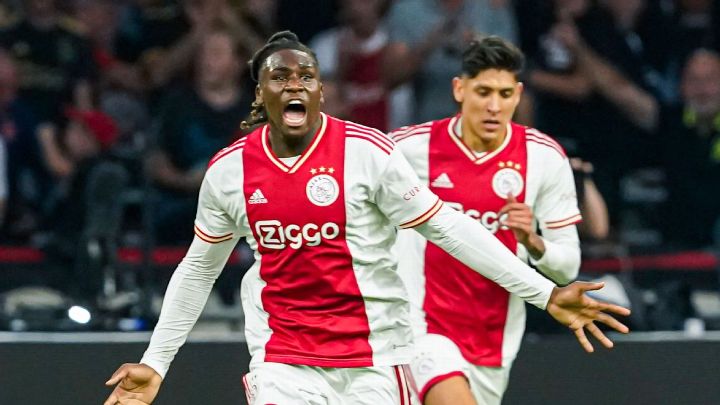 ESPN is your home for action from four of Europe's top leagues during the 2022-23 season, where African fans can watch some of the continent's biggest names and underrated heroes in action.

The Dutch Eredivisie, Scottish Premiership, Belgian Pro League and English League Championship are all part of ESPN's offering in Africa this season.

Which of our list of African players to watch will take their team to new heights in the four divisions through the season to come?

Could Hull City be Championship dark horses next season?

The surprise arrival of Seri, as well as some other noteworthy signings, gives the Tigers a talent who, on his day, can be the outstanding player in the division.

Indeed, it was just five years ago that Barcelona had agreed a deal with Nice for the deep-lying playmaker only for Les Aiglons to renege on the deal and keep the Ivorian on the Riviera.

It's something of a surprise that Fulham opted not to take up an option on the diminutive Seri for their campaign in the English Premier League, and an even greater one that he opted to remain in the Championship with Hull.

In their stead comes Bassey, fresh off an excellent season at Rangers, where he turned things around after initially being disgraced for attending a lockdown party in February 2021.

Like Nigeria teammate Joe Aribo, he was influential as Rangers reached the final of the UEFA Europa League, and, like his fellow Super Eagles international, Bassey has also secured a high-profile move away from Glasgow.

Bassey's key assets are his pace, particularly in recovery; his physique; and his versatility. Like Mazraoui, he's capable of fulfilling multiple roles in the defensive unit, while at 22 he still has room to grow.

While Aribo, Bassey and Leon Balogun have all left Rangers, and Nnamdi Ofoborh's future is uncertain due to a heart problem, Zambia's Sakala continues to represent Africa at Ibrox.

Rumours linked him with a move to Real Sociedad, Celta Vigo and AJ Auxerre, but the 25-year-old appears keen to remain in Scotland and build on a tricky first season.

Big things are expected of Kudus as Ajax seek to retain the Dutch league crown and make an impact in continental competition.

Despite being used in various roles under new coach Alfred Schreuder, Nice target Kudus has scored three goals in three matches as new-look Ajax have prepared for the campaign to come.

So eye-catching has Kudus been in an advanced role, particularly in tandem with Steven Bergwijn, that Schreuder has hinted that he's considering using the Right to Dream Academy graduate as a striker this season.

Linked to some of Europe's biggest clubs in 2020, when he was relegated with Toulouse, Sangare made a questionable move to join PSV Eindhoven.

The defensive midfielder has matured as he enters his mid-20s, impressing with his rangy running through the heart of the park, his work with the ball, and his tough tackling.

As Sangare blossoms into a player who can carry the ball forward and create problems in the final third, expect parallels with compatriot Yaya Toure to increase.

One day, Sangare will surely have the opportunity to make his mark in the Premier League as well, but for now ESPN viewers in Africa can enjoy his fearsome midfield performances in the Eredivisie.

There's plenty of African interest at Watford, with improvements expected this season from the likes of Imran Louza (Morocco) and Hassane Kamara (Ivory Coast) as well as Nigerians William Troost-Ekong and Samuel Kalu.

Emmanuel Dennis could be a terrifying prospect in the second tier, although surely he'll be off before the window closes, with the likes of Nottingham Forest, Everton, West Ham United and Newcastle United all reportedly keen on the Super Eagles international.

One player who won't be leaving Vicarage Road this summer is Nigeria goalkeeper Okoye, who was recruited from Sparta Rotterdam in November 2021 but now has a battle on his hands to replace Daniel Bachmann between the sticks.

Head coach Rob Edwards has indicated that Bachmann will begin the season as his No. 1, but this is hardly sustainable for the Super Eagles' first-choice keeper and such a situation could create further goalkeeping uncertainty for the Nigeria national team.

One of the revelations of African football last term, Tissoudali won the Ebony Shoe for the Belgian Pro League's best African player or player of African origin, having had a hand in 24 goals in 29 games for KAA Gent.

He also made his Morocco debut during the Nations Cup, having been a late replacement in the squad for Abde Ezzalzouli, and scored in both legs of the successful World Cup playoff against Congo DR.

However, will he still be on Gent's books by the time the tournament rolls around?

There's reported interest from Qatar, although the Belgian club's owners aren't keen to part ways with the 29-year-old, who scored in Gent's opening 2-2 draw with Standard Liege in preseason.

One of the main challengers for Gent this season will be Racing Genk, who finished just behind them in the Conference League Playoff group last year, and will be determined to force their way into the title mix.

Dessers is returning to Belgium with a point to prove after making several meaningful contributions to Feyenoord Rotterdam as they reached the inaugural UEFA Europa Conference final last term, but will be desperate to improve his goal-to-game ratio in the Belgian Pro League.

Onuachu is struggling with injury as the season gets underway, but the towering frontman will be targeting 20+ goals during the campaign, having struck 19 in the league in 21-22.

Will he still be at Genk beyond the end of the transfer window?

Ajax are understood to be considering the 2m tall frontman as a potential replacement for Haller, while Wolverhampton Wanderers have also been linked to the attacker.

Sarr has to do some work rebuilding his reputation this term, having lost his way amidst Watford's relegation from the Premier League last season.

Two years ago, Sarr's name was on a three-man transfer target shortlist drawn up by Liverpool as they looked to add an extra element to their famous forward line.

Watch live football on ESPN in Africa, on DStv channels 218 and 219.