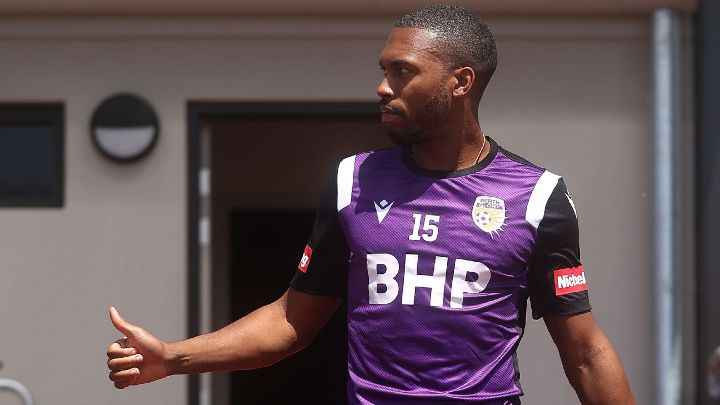 Former Liverpool star Daniel Sturridge is facing a third quarantine stint in the space of three months after being among the Perth Glory players to contract COVID-19.

Wednesday night's A-League Men clash with Macarthur FC was called off after a number of Glory players were struck down by the virus.

Sturridge confirmed on his social media that he was one of them, but said he was up for the fight.

"When I saw the first [one] I thought it was faulty," Sturridge wrote alongside a picture of two COVID tests.

"third quarantine in three months, but this time I've got it. I'll overcome it and build my fitness back up when I'm COVID free."

Sturridge's trip to Australia has proven to be one frustrating confinement after another.

The 32-year-old expressed his exasperation at being forced into 14 days of hotel quarantine upon arrival, despite being double jabbed and testing negative.

He was then forced into another two-week quarantine period in December when a Glory player tested positive while the squad were in Queensland.

Sturridge and a number of his teammates will now have to quarantine again after the virus hit the squad while they were based in Sydney.

The star striker has made just three brief appearances off the bench since signing with Perth in September.

Glory's 42-day stint between games due to their virus dramas was also a reason behind Sturridge's delayed return.

Sturridge showed promise after coming on in the 62nd minute of last week's 2-1 win over Sydney, but he felt tightness in his hamstring late in that game and was no certainty to face Macarthur.