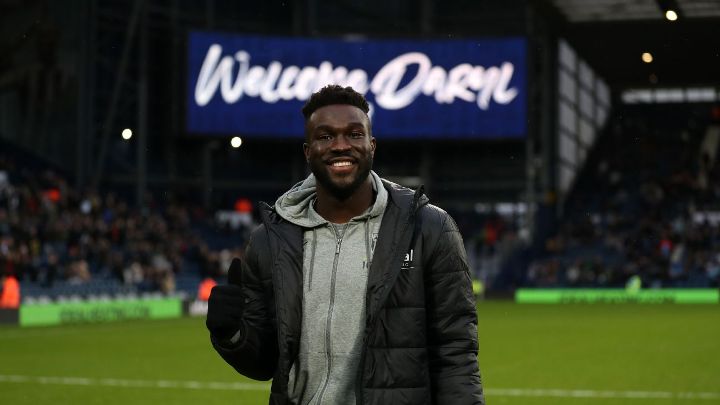 There was a moment in December when, for the first time in two years, Daryl Dike got a moment to reflect. After two years of nonstop soccer, he had earned one.

From scoring for Virginia in the NCAA finals against Georgetown in December 2019, to going fifth in the MLS SuperDraft in January 2020, to scoring eight times in 22 matches for Orlando City, to making his national team debut, to taking on a sudden loan move to Barnsley, to scoring nine times for the Tykes as they nearly earned promotion to the Premier League for just the second time ever, to scoring his first goal for the U.S. national team in June 2021, to suffering a shoulder injury that knocked him out of the USMNT rotation, to returning to MLS in the fall and scoring 11 goals in 19 matches, Dike finally stole a moment to breathe.

"Physically, it was important," he told ESPN, "but mentally, being able to look back at going over to England, being with the national team, playing in the Gold Cup, playing with Orlando as well, it was a nice period, for sure."

"At the beginning, I always had big goals," he said, "I always wanted to play in the Champions League, I wanted to play in World Cups, and those are still my goals. But I think those goals are so much more reachable now, and I can maybe even reach them quicker.

"Throughout this process, seeing how quickly I've grown in just two years, I think all those goals can happen much sooner than I thought."

You can't blame Dike for dreaming big considering how quickly he became a standout in the most important area for a center-forward to stand out: scoring goals.

It took Dike a little while to rediscover his top form after his August bout with injuries, but he scored five non-penalty goals in his last 10 matches for Orlando. His ability to carve out space in the box and put shots away stood out to Barnsley manager Valerien Ismael, and with Ismael now at West Brom, it was the primary reason the club sought him out.

"He's not just an athlete, though. I think he's developing well in terms of where to pick up the ball, and his spatial awareness in and around the penalty area is improving, too."

While his skills and high activity levels initially took him pretty far, the key to Dike's ability, thriving quickly in new situations, came from his ability to learn quickly.

"I think at the beginning of my career, it was just about going into the box and hoping that the pass could come to me," Dike said. "I've been blessed to have great teammates around me, who have some chance creation [ability], and with Valerien, with Oscar [Pareja, Orlando City's coach], with [USMNT manager Gregg] Berhalter, all of these people have made it a big emphasis for me to be able to find myself in spaces, being able to make runs behind the back line, being above to find spaces in the box with double movements and making my shots easier in terms of getting in a better position."

Ease of shots is an interesting subject. Dike overachieved his expected goals (xG) levels in each season in MLS and the English Championship. At each step along the way, he produced between 4.4 and 4.7 xG but turned that into eight or nine goals. There will almost certainly be some regression to the mean in his future: He has overachieved his xG figures by 47% since the start of 2021, which is the second highest among all players to have scored 20-plus goals in all competitions. (The highest: Leandro Damiao, of Japan's Kawasaki Frontale, at plus-71%.)

Even if he turns out to be one of the best finishers in the game, that ratio will likely fall to at least the plus-30% range or so in the future. If he offsets that with a higher shot volume, however, he will continue to thrive.

A higher shot volume, however, will require more touches and more involvement in the overall game.

The rest of his incomplete game

Even if his finishing is still running a little hot, the ability stands out. He creates opportunities from close distances and puts the ball in the net.

Everything else, however, remains a work in progress:

* StatsBomb defines shot-creating actions as "the two offensive actions directly leading to a shot, such as passes, dribbles and drawing fouls."

Dike is well aware of the work still to be done.

"My biggest focus, of course, is scoring goals, movement into the box and things that a striker needs to have in terms of instincts and everything," he said. "But one thing I personally would love to be able to do better is my combination play, my linkup play, in terms of holding the ball up and getting involved a little bit more in the game rather than maybe just finishing at the end. How can I hold the ball up? How can I improve my technique to connect with my attacking midfielders and bring the game up to me?

"Throughout the season in Orlando, I think Oscar, the coaching staff and even the players like [veteran winger] Nani, they kept pushing me to get better, and I think it was showing. I felt myself improving. I felt myself being able to get on the end of more things, my movements, my touches. Everything continued to improve, and for me, that's obviously something that's super exciting."

What awaits at West Brom

"We need someone to show up and score the goals," Ismael told the media Sunday after West Brom's 1-1 draw with Cardiff City, in which the Baggies managed just three shots on target from 13 attempts. "This is what we are missing at the minute. This is why we signed Daryl Dike, to give us a better opportunity to score goals and win games."

As with Ismael's Barnsley last season, West Brom plays an intensely vertical style. It's a style in which Dike thrives, and if he finishes chances as he has for the past two years, his addition could make a massive difference in the promotion race.

Dike will also be asked to do his fair share of pressing in Ismael's system, and it appears he learned from it the last time around. After recording 10.6 pressures per 90 minutes (5.8 in the attacking third) according to Statsbomb during his 2020 MLS season, he returned and averaged 13.6 (8.3) in 2021. His pressure success rate went down, but the increased activity level was encouraging.

"I think in terms of pressing, one thing that I have learned from people is, pressing smarter rather than harder," Dike said. "At the beginning of my career, I think I would sometimes just run to press, and sometimes maybe it wasn't a smart situation. After understanding systems more and listening to my coaches, that's something I think I have improved on: when to press as a group, when the team's ready and those kinds of principles.

What this could mean for the USMNT

Dike made his national team debut in January 2021, just before his Barnsley loan was confirmed. By the summer, it looked like he might become a mainstay during World Cup qualification. He scored once in a 4-0 friendly win over Costa Rica in June, then twice in a Gold Cup win over Martinique in July. But his injury limited his effectiveness in the Gold Cup; after attempting four shots against Martinique, he managed just five, all from longer distances (by his standards) in his last three appearances.

He has yet to play for the U.S. since. Berhalter did not bring him in for any of the three qualification windows this fall and passed him over for December's MLS-heavy friendly against Bosnia & Herzegovina. The coach explained the latter decision by saying, "He's beat up. He needs recovery. The most important thing at this time for Daryl is to get rest and recovery that he can focus on coming back in January and building himself up again." But during qualification, Berhalter made a point to emphasize the word "verticality."

"In terms of [Berhalter's] plans, I mean, I think he values me, and I think that's something you always want to have in a coach," Dike said. "You always want a coach who believes in you and values you. I think he looks at what I am, and he looks at the quality I have, and he tries to push me. That's all I could ever ask for."