Neil Lennon is one of British football's most successful managers and after Celtic exit, he's looking to the future 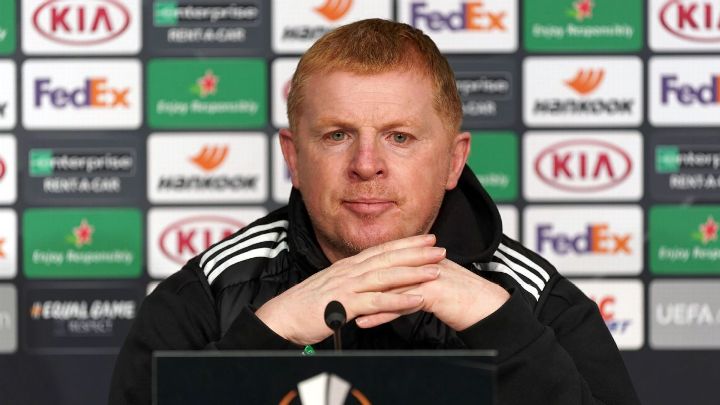 In the past three years, only Pep Guardiola has won more trophies in British football than Neil Lennon. The latter's haul of two Scottish Premiership titles, two Scottish FA Cups and one League Cup with Celtic is surpassed only by a man widely regarded as one of the greatest coaches of all time, Guardiola, who works at one of the world's biggest clubs, Manchester City.

He will be selective over the next job he takes, but there is a sense he expected more opportunities to come his way by now, or at the very least that his name would be more prominent in media speculation over recent vacancies. There have been four managerial changes in the Premier League and five more in the Championship. Not all would have been suitable, clearly, but Lennon has not had a single job interview since he left Celtic in February.

This ongoing nine-month hiatus is Lennon's longest break from football since his teenage years. At first, the downtime was welcome, allowing him to embrace more family time and regular media work. Turning 50 in June was also an opportunity for further reflection.

"I've enjoyed this more sedate lifestyle: you invest a bit more time in yourself as a person and your loved ones," he tells ESPN. "The simple things you don't even notice when working become more apparent. But I don't want to get comfortable because I do miss management and, ideally, I want to get back in eventually."

Scottish football on the global stage

A starting point in understanding why this might be is the wider perception of Scottish football. Celtic were denied their 10th consecutive Scottish top-flight title by Steven Gerrard's Rangers last season. Their run of nine wins was started by Lennon during his first spell in charge and continued upon his return, an unbroken run that benefited from the demotion of their eternal rivals, Rangers, to the Third Division. Rangers' financial problems led to the club's liquidation, before they were readmitted in 2012 at the lowest professional tier possible.

The Scottish Premiership continues to operate in the shadow of its English contemporary, a point emphatically underlined by staggeringly disparate revenues: the division is in the second season of a five-year television deal worth £160 million. In May, the Premier League renewed a £4.8 billion, three-year agreement with Sky, BT and Amazon. The English Football League, comprising the Championship, League One and League Two, get £595m for the same five-year period as the Scottish Premiership.

This financial divide is reinforced by a degree of snobbery. It does not prevent English clubs from spending significant sums on players developed in Scotland, though the path resembles a one-way street at the higher levels.

"Look at Kieran Tierney coming down from Celtic to Arsenal" Lennon says. "[Virgil] Van Dijk was the one for me. I couldn't understand why none of the big clubs were in for him when I had him at Celtic. Southampton ended up being smart and took him [in 2015], but he already had all the attributes. Maybe people thought he wasn't getting tested enough because he was playing in Scottish football, but he was playing in the Champions League at the time.

"So I felt that was a little bit of looking down on the Scottish game. But I think since then there has been a bit of a sea change, although there is still a huge discrepancy between the two countries in terms of attracting players."

Of course, both Rodgers and Gerrard had past pedigree with Liverpool to point to, but each gained positive career progression from a triumphant spell in Scotland. Why not Lennon?

The intersection of football, politics and identity

This is where, to understand why, the elephant in the room must be addressed. It is an inescapable truth that Lennon has had to endure a level of hostility beyond the usual boundaries of sport.

Born and raised in Lurgan in Northern Ireland, Lennon's Irish Catholicism became relevant to some when he signed for Celtic in 2000 in a £5.75 million move from Leicester City. For the uninitiated, the "Old Firm" rivalry began in 1888, but developed a more disquieting sectarian dimension when Celtic dominated Rangers in the years leading up to World War I. The bulk of Rangers' support came from Protestants, while Celtic grew a Catholic-dominated following, beloved in Ireland; and so, a societal divide deepened a sporting one.

It's a complicated history that extends far beyond football, but Lennon unwillingly became a symbol of a changing national landscape, and as such he faced scrutiny beyond what footballers usually endure.

"It was sad because it was my international career, something that I'd worked really hard to achieve in my life and sacrificed a lot to get there. But my ambitions at the time, my priority at the time, was Celtic and I felt the best thing to do was to forge a club career and try to leave that sort of thing behind me."

Lennon went on to make 305 appearances for Celtic, winning five league titles, four FA Cups, two league cups and reaching the 2003 UEFA Cup final. He captained Celtic to the 2007 Scottish Cup Final in his final game, bowing out with a League and Cup double to cement his legacy at the club, which entered a new chapter when taking over as manager three years later. Yet the bitterness returned.

After Celtic won at Rangers in January 2011, he was placed under 24-hour guard due to a threat of physical violence. Later, Lennon along with players Paddy McCourt and Niall McGinn were sent bullets in the post from Northern Ireland loyalists. Other packages containing bombs and bullets were directed to Celtic Park and the club's training base in Lennoxtown. These were intercepted by Royal Mail staff.

In May 2011, a fan attacked Lennon in the dugout during a match in Edinburgh between Hearts and Celtic. Despite the assailant, John Wilson, admitting to the attack, he was cleared of assault for "insufficient evidence," serving four months of an eight-month sentence instead for the lesser crime of breaching the peace.

Looking to the future

Does he feel free of those past controversies now? "Yes, absolutely," he replied.

"There were no real issues with the sectarianism the second time around at Celtic, which is for the better obviously. I started the nine in a row, we won nine in a row and the club won four trebles. I was part of the third and the fourth. It was inevitable that it was going to stop at some stage. It was impossible to keep that momentum of success going.

"The Glasgow rivalry is intense, but it is brilliant. It pushes you and turns you into a winner. I don't think that ever leaves you, those values and lessons you learn stay with you for the rest of your life."

If Lennon does get another chance as a manager, he believes the lessons he has learned can make him successful again.

"My ultimate aim is to entertain," he says. "Football is a results-driven business but you are there to entertain and that was always my thinking when I went into the role at Celtic both times. If you look at my record, it stands up against most people's. My teams always scored a lot of goals and in every club I've been at, I made a profit in player sales, even Bolton which was obviously difficult.

"Hopefully the right team will come along, whether that is here or abroad. I love the Spanish game, I enjoy Major League Soccer, too. I've had a good rest, I feel fresh and I'm excited about whatever challenge lies ahead."