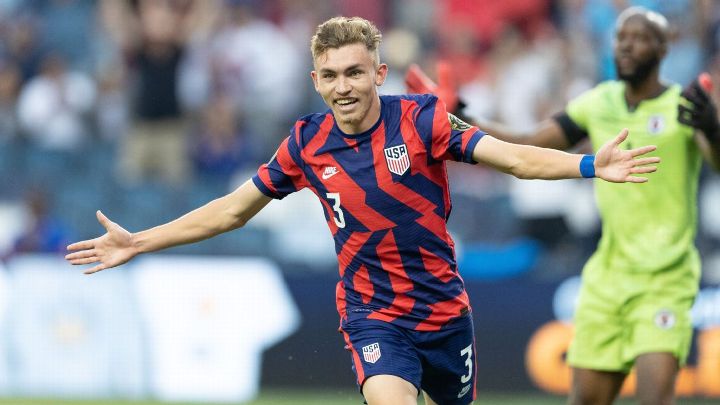 The Colorado Rapids have finalized a transfer to send United States international left-back Sam Vines to Royal Antwerp in Belgium.

After completing his medical evaluation, Vines will sign a three-year contract with one option year, Royal Antwerp announced Thursday. The transfer fee was undisclosed.

"Sam has proven himself to be one of the top young players in MLS and this is the right moment for both him and the club to take this step," said GM Padraig Smith. "His career progression and success at both club and international level is a testament to the investment our club has made in developing young talent and our 'Drive to Youth' philosophy. This philosophy is the foundation on which we will continue our march to consistently compete for trophies and we believe Sam's journey can be a positive example for the next generation of young players in Colorado.

"We are incredibly proud of Sam and the player he has developed into, both with our club and with the U.S. men's national team and wish him all the best in this next chapter of his career. We know he will make himself, his family and Colorado proud."

Vines, 22, made his debut for the Rapids in 2018 and has appeared in 53 games in the past four seasons, including 49 starts, and quickly established himself as one of the best left-backs in Major League Soccer.

He received his first cap with the national team against Costa Rica in 2020, and played a significant role for the United States during its recent run in the Gold Cup, where it beat Mexico, 1-0, in the final. He appeared in all six matches and scored the winner in a 1-0 victory against Haiti in the opener.

Vines is the latest in a growing list of MLS Homegrown players to make the jump to Europe this season, joining FC Dallas midfielder Tanner Tessmann, who moved to Venezia FC in Italy's Serie A and is expected to be joined by Sporting Kansas City midfielder Gianluca Busio imminently.