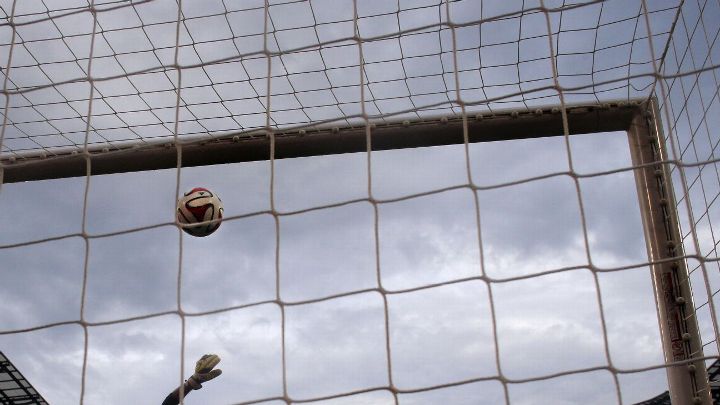 Trouble that had been brewing in the Nigeria Professional Football League (NPFL) finally came to a head on Thursday, when Rivers United declared they would head to the Court of Arbitration for Sport (CAS) to challenge the final league positions approved by the League Management Company (LMC) and ratified by the Nigeria Football Federation (NFF).

The move is bound to cause disarray as CAF has set a deadline of Aug. 31 for federations to send in their inter-club representatives for the 2020/2021 season.

On Wednesday, the NFF sent out a press statement ratifying the final NPFL positions of teams, as recommended by the LMC. Plateau United were placed top, Enyimba second, and Rivers United third, based on a points-per-game model, after the league was suspended in March due to the coronavirus pandemic.

The PPG model left Rivers tied with Enyimba on points, and the LMC applied the head-to-head rule in deciding the tiebreak. That ruling gave Enyimba, who beat Rivers United in the only fixture between the teams during the season, the second CAF Champions League spot.

Rivers United disputed the placings, claiming that, according to the LMC's own tiebreak rule order, they should be in second place based on goals difference.

"Our position has always been that, rather than use an inconclusive head-to-head to separate two teams tied on points, the rules guiding the operations of the NPFL states that 'goal difference' shall be the first option to be used in separating teams that are tied on the same points, followed by 'higher goals scored' and lastly, head-to-head," Boma Iyaye, the Rivers State sports commissioner whose ministry oversees Rivers United, said at a press conference on Thursday.

"We are only against the selective application of the rules.

"We agree that the novel COVID-19 pandemic brought disruption to the league system, thus occasioning the activation of force majeure as stated in the rules guiding the league.

"However, we disagree with the LMC's use of non-conclusive head-to-head to separate two teams tied on points.

"Our argument is simply that since there is an established order of separating two teams tied on points, the LMC is bound to follow that order, as provided in the rules."

"NPFL Rule Book Article 15.24 unconditionally placed the authority and rights on the LMC to take the necessary decisions under the prevailing circumstances [force majeure occasioned by the Covid-19 pandemic], having regard to interest of fairness, good sportsmanship and overall interest of the game," the NFF announced in a statement.

The statement also argued that Rivers United were not the only club affected by the unusual tiebreaker rules.

"The application of the head-to-head on the NPFL 2019/2020 PPG table to separate a tie was not limited to only Rivers Utd vs. Enyimba, but was also applied to decide hierarchy between MFM and Wikki Tourists as well as between Jigawa and Nasarawa United."

Rivers United are not prepared to accept that position, and Iyaye said the club would take its case to CAS as "a clear case of injustice and undue victimization".

"In the light of this development, the Rivers State Government; sponsors of Rivers United Football Club, is compelled to seek the proper interpretation of the applicable rules, and a pronouncement on the propriety or otherwise of the actions and decisions of the LMC on the matter, from the Court of Arbitration for Sports," Iyaye said.

The case is unlikely to be decided before CAF's Aug. 31 deadline.

If Rivers United prevail in Switzerland, the NFF will be compelled to make changes to its CAF representation. It is not clear if CAF will allow this.