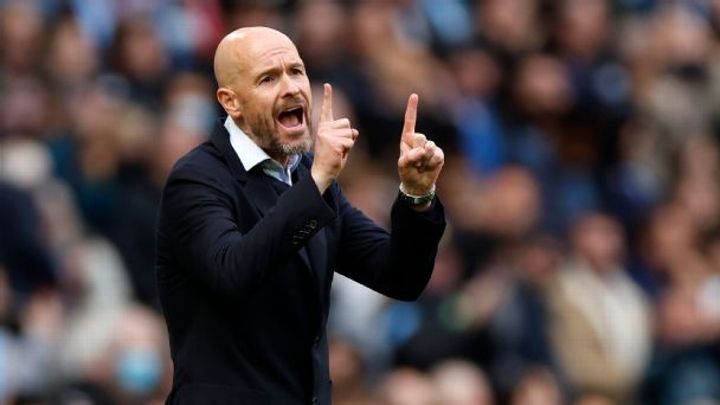 The Dutch coach accused his players of being too passive during the 6-3 derby defeat to Manchester City and was also forced to defend their performance against Cypriot minnows Omonia Nicosia on Thursday as they were forced to come from behind to claim a narrow 3-2 win.

United next face an Everton team who are unbeaten since August, and Ten Hag is expecting a battle at Goodison Park on Sunday.

"I have to keep the reminder to play smart but they have to play nasty as well," he said.

"You have to deliver and every player in the squad has to take that responsibility individually and they have to do it in a team culture. That is the demand from us, from the coaches to the players. I expect my players are brave on the pitch."

United have struggled for consistency in Ten Hag's first few months in charge. They have recorded impressive wins over Liverpool and Arsenal but also suffered heavy defeats to Brentford and City.

Ten Hag has called for patience as he tries to implement his methods but said there have been enough positives already this season to show that they are heading in the right direction.

"That is what we have to work for now. It will not come overnight, it will also take more than weeks, it will take months."

Meanwhile, Ten Hag is hoping to have defender Raphael Varane available for the trip to Everton after the French international missed the win over Omonia.

Harry Maguire is still absent after suffering an injury playing for England during the international break.

"Varane made progress and I hope he is available but I think it will be close," Ten Hag said.

"From the other players, Harry Maguire not [available], then it's Aaron Wan-Bissaka and Donny van de Beek, both not."