How clubs sack a boss: Awkward chats, payoffs and WhatsApp 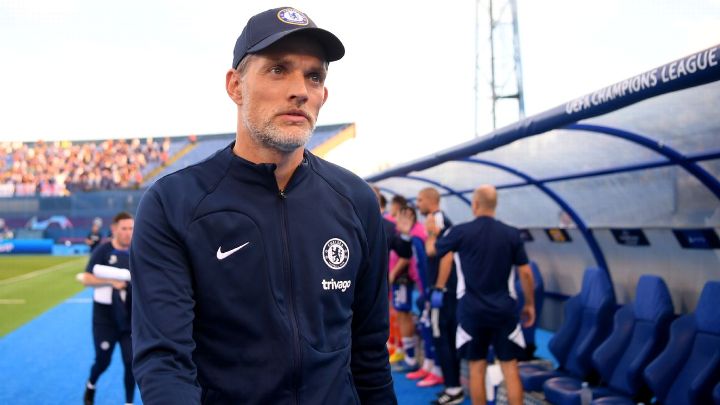 European clubs aren't averse to an early sacking either, with Domenico Tedesco leaving German Bundesliga side RB Leipzig on Sept. 7 to be replaced a day later by ex-Borussia Dortmund head coach Marco Rose, who had lost his own job over the summer. Meanwhile, sources have told ESPN that Spanish LaLiga side Sevilla have reached an agreement with former boss Jorge Sampaoli to replace Julen Lopetegui and Bayer Leverkusen sacked manager Gerardo Seoane to bring in Xabi Alonso.

Sometimes it's an easy decision based on results; sometimes it comes out of the blue completely. But what goes into the decision to sack a manager or head coach? Someone who has been there and done it is former sporting director of Monaco, Tor-Kristian Karlsen. Here, he answers some of the key questions over how a club chooses to part ways with the person in charge.

Q. Already we've used the terms "manager" and "head coach" ... What's the difference between them? Is there a different protocol for sacking each one?

A head coach tends to work under (or with) a sporting director and is generally tasked with matters related to coaching the team, such as preparing and picking the side for matches and leading them during games. Though hybrid versions of the role also exist, the head coach usually focuses on the tactical aspects around the first team, while they rarely get involved (though are often consulted) on financial or strategic matters.

On a structural level, a manager usually reports directly to the owner/board, whereas the head coach in most instances reports to the sporting director. In the event of a sacking, the process doesn't necessarily have to differ, with the exception being that the sporting director may be the instigator and the deliverer of the bad news to the head coach, while the owner or chairman may break it to the manager.

Editor's note: For the rest of the piece, we shall refer to the position as head coach to avoid confusion, unless talking about a specific example of a manager.

Q. What are some of the reasons why a head coach and club will part ways? Is it always just about results?

Manchester City parted company with Roberto Mancini in 2013 as they favoured a more "holistic" approach to their sporting structure; the Italian had enjoyed a role more akin to the manager prior to the arrival of sporting director Txiki Begiristain, but was practically demoted to the status of head coach during his final season before being replaced by Manuel Pellegrini.

Q. How long can it take to come to a decision? Who is involved in making that decision and who makes the final call?

A. In reality, the evaluation of a head coach's work is a continuous, permanent process. After a four or five-game run of poor results, doubts start to manifest and unless the club have a particularly patient owner or sporting director who appreciates that carrying out a long-term strategy entails ups and downs, then things can happen quickly.

With the financial repercussions of missing targets such as qualifying for the Champions League or avoiding relegation being so vast, tough decisions are never far from the table. In today's environment of wealthy, hands-on owners, who often originate from a culture or business climate far removed from football, it's often the people who pick up the bills (and who, in the end, will have to cover the compensation fees or severance payments too) that make the final call.

Q. Do players ever get involved? If so, how and why?

Exceptions do happen and there have been instances where a player (or their agents) have enjoyed a close relationship with the senior leadership of a club and, as a result, have helped plot the head coach's downfall. Of course, such a setup is clearly not a healthy one and undermines the club's entire chain of command.

Q. Do clubs ever make the decision in the boardroom and then not tell the manager until the end of the season? Does it ever get awkward?

A. It happens. At times a head coach's position is even less secure than it transpires from the outside. If a season peters out into a disappointing lower-midtable finish, or certain objectives haven't been reached despite staying clear of relegation, then clubs can find themselves actively looking to revamp the coaching team for next season as early as February or March.

This double act is one of the less attractive aspects of the sporting director's brief and one which entails moral dilemmas as well as practical implications. But it is sometimes necessary to achieve the goal of having a new coaching team in place for the new season.

Q. How does the termination conversation go? What sort of things are said and, in the modern world, is it always done in person?

A. While having to inform someone they've lost their job is never pleasant, most experienced head coaches have either previously gone through a similar drill, can see the writing on the wall, or stoically accept that being let go is a part of a cut-throat industry.

Others, however, when the termination comes out of the blue, can be rather emotional. No two such meetings are ever the same; some take it personally and will refuse to say a word before a legal advisor has been consulted or called to the scene, while others simply feel relief at being put out of their misery.

Whereas most clubs have the class and decency to break the news in a scheduled meeting, one does hear of head coaches who have been informed via email or other means. In one recent example, one top league head coach was relieved of his duties and told not to report for work via a WhatsApp voice message.

Q. They get a financial payoff/settlement though, right? Is it usually the length of their contract or a set amount?

A. It varies. While some managers already have their termination terms clearly outlined in the contract, others will rely on their legal advisors to thrash out a deal or insist on being paid for the remainder of their contracts (where they will be put on "gardening leave" until a settlement is reached.)

To give you some idea of figures for the big-name bosses, Manchester United's accounts showed that Jose Mourinho received around £15 million when he was sacked in December 2018, while Chelsea spent around £26m on payoffs to Antonio Conte and his backroom staff, alongside legal expenses, to sack him in 2018. Clearly, those figures are a loss less the further down the football pyramid you go.

National labour laws may come into play as an outright sacking without a due process can get clubs into trouble in certain countries, though few cases reach a court as head coaches tend to favour a termination settlement at the point of departure. Partly in order to negotiate a one-off lump sum, partly so things don't drag on, and partly to not hinder any future opportunities that arise.

Q. Once they've been sacked, do they have to sign agreements to stop them writing a book? Or telling reporters all about how it happened?

A. Most high-profile coaches would let their legal advisers work out the settlement with the club's chief executive once their fate has been decided. There's usually an embargo which restricts them speaking out before a certain time period has passed, while in some countries clauses preventing a book deal or warts-and-all interviews are entirely possible. However, such clauses can be overlooked amid the honeymoon atmosphere when they arrive and are later used as a bargaining chip at termination.

In these days of leaks and media briefings, the truth often reaches the public domain in one way or the other. But in general terms it's rarely in the interests of a coach's future job prospects to be too vociferous about a past employer.

Q. Do clubs have a list of possible replacements lined up already? Does the availability of unemployed managers play a factor in speeding up a decision? And if it's amicable, can a manager ever help find their successor?

A. As disloyal as it may seem, most top clubs tend to keep a watchful eye on up-and-coming head coaches even in the absence of an imminent change. It's a sensible business practice for such a key position as you can never tell when your own promising employee may have their head turned by a bigger, wealthier and better club. Preparation is paramount. At the top end, the availability of a long-desired candidate may potentially trigger early action, but in a well-functioning, stable club which cares about its employees and reputation, it would take something extraordinary to try to fix something which isn't broken. Absolutely no-one comes with a guarantee of success.

Football is an emotional business and a sacking can be compared to the ending of a troublesome marriage, so neither the club nor outgoing head coach would be in the right state of mind on the back of tiring, all-consuming days to focus on anything other than untangling the relationship with the minimum of aggravation. Besides, would it really be in the interest of the outgoing boss to recommend someone who's likely to make an instant or lasting improvement?