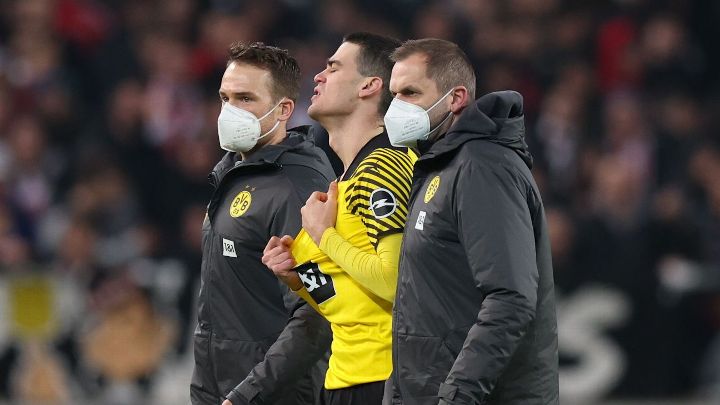 Insurance broker Howden's European Football Injury Index for the 2021-22 season estimated that injury costs went up by 29% to £513.2 million ($559.6 million), with French champions Paris Saint-Germain topping that list at £34.2 million.

Injury cost is calculated by multiplying the daily cost of a player by the number of days they were unavailable. Wage inflation also played a part in that increase.

Real Madrid recorded the highest number of absences at 114 while Bayern Munich and Chelsea both suffered 97 injuries.

"If you look at the last two seasons, it's reasonable to conclude the disruption to fixtures [due to COVID-19] and the congestion is having a knock-on impact in terms of injury occurrence," said James Burrows, head of sport at Howden.

Burrows added the intense playing style of English and German clubs, coupled with them reaching the latter stages of continental tournaments, contributed to their mounting injury lists.

"Of all the analysis, that jumped off the page the most," said Burrows. "If we look at the last two seasons and the impact of the pandemic, we saw that clubs lost several senior players and were forced to use youngsters more frequently.

"And again with the pressing style of the Premier League and the Bundesliga, you would hypothesise that there's a greater demand for those younger cohorts of players."

While COVID-19's impact is on the wane, clubs will confront a new challenge this season with the Nov. 20-Dec. 18 World Cup in Qatar, the first time the showpiece event is being held in winter.

The six-week shutdown of club games will necessitate tighter match schedules and a shorter winter break for players.

"It's the first time we've ever seen a disruption to the middle of a season that looked like this," said Burrows.

"The winter break has a very clear effect in terms of reducing the prevalence and occurrence of injury over December and January in particular, and that being lost this year, you would say is going to have a significant impact."

However, Burrows said players not selected for their national teams will get a longer mid-season break which could offset potential injuries suffered during the tournament.