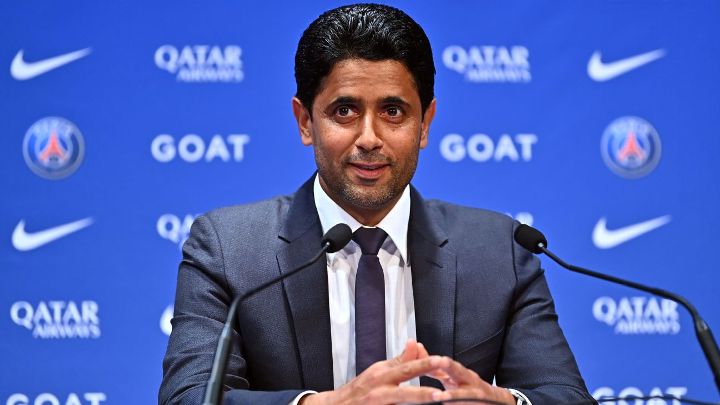 Paris Saint-Germain president Nasser Al-Khelaifi said Barcelona's asset sales in the summer to fund signings were "not fair" and suggested UEFA would investigate their legality.

Barca sold stakes in their domestic television rights and Barca Studios, an in-house production company, for over €700 million to allow them to spend more than €150m on the arrivals of Robert Lewandowski, Raphinha and Jules Kounde. Five other players arrived as free agents.

"Is this fair? No, it's not fair. ... Is it legal? I'm not sure," Al-Khelaifi said in an interview with Politico published on Wednesday.

"If they allow them, others will do the same. UEFA of course have their own [financial] regulations. For sure they're going to look at everything."

Barca were forced to sell off the assets to comply with LaLiga's strict regulations and register their new signings with the Spanish league.

While LaLiga have cleared the funding, Al-Khelaifi's comments hint that UEFA will delve further into the legality of the business.

Al-Khelaifi's latest comments are an escalation of remarks he made on Friday, when he indirectly criticised Barca during a speech to European club bosses.

"The new financial-sustainability rules are a positive development," Al-Khelaifi said. "But we need to be careful. Dangerous levels of debt and magical equity deals are not a sustainable path."

In addition to his role as PSG president, Al-Khelaifi is also the European Club Association chairman, chairman of influential Qatari broadcaster beIN Media Group and a UEFA executive committee member.

PSG were among eight clubs punished for overspending since 2018 by UEFA earlier this month, but Barcelona were not among them.

However, the Catalan club were among 19 other clubs named that met the break-even standard only on technicalities, UEFA said, such as concessions made for the pandemic seasons, when many games were played without fans. They have subsequently been added to a watch list.

Meanwhile, Barca are dealing with a defensive injury crisis ahead of the return of club football this weekend.

Ronald Araujo successfully underwent surgery on a thigh tear in Finland on Wednesday, the club confirmed, but is expected to be out for up to three months, ruling him out of the World Cup.

Defender Jules Kounde is also facing several weeks on the sideline following an injury picked up with France, while Barca have also revealed that Hector Bellerin sustained a calf injury in training this week.

Sergi Roberto is the fourth player. He missed the win over Elche before the international break with a knock, but is back in training and could feature at Mallorca (TV ETC) on Saturday.