Are Steven Gerrard and Frank Lampard the only options for next England manager? 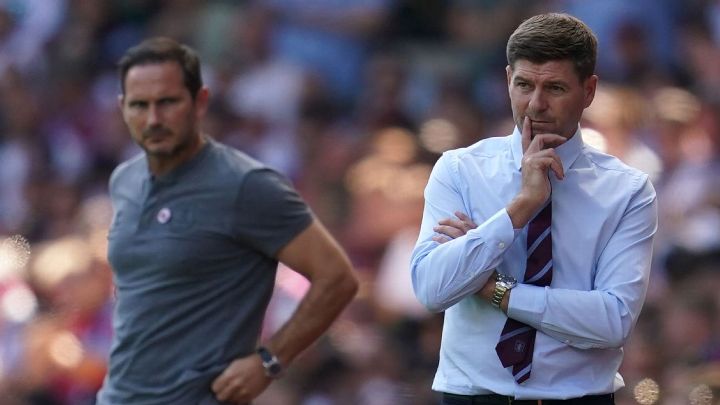 Gareth Southgate knows his job as England manager is on the line. Despite the apparent security of a contract that runs until the end of 2024 and a track record of reaching the 2018 World Cup semifinal and Euro 2020 final, a run of five games without a win and relegation from the top tier of the Nations League has raised the prospect of Qatar 2022 being the end of the road for the 52-year-old.

"Contracts are irrelevant in football because managers can have three, four, five year contracts and you accept that, if results are not good enough, it is time to go your separate ways," Southgate said ahead of Monday's meeting with Germany at Wembley. "Why would I be any different? I am not arrogant enough to think that my contract is going to protect me in any way."

Time and perspective will ultimately serve Southgate well when it comes to assessing his time as England manager. He has made the country a world power again by developing a team capable of performing at major tournaments and, having taken charge in the wake of the Euro 2016 humiliation against Iceland and Sam Allardyce's one-game reign as manager, it shouldn't be forgotten just how negative a situation he walked into.

There is no Southgate within the FA system now and with Graham Potter leaving Brighton for Chelsea earlier this month, the outstanding English candidate no longer seems to be available.

Southgate's successor doesn't have to be English, of course, but the FA has made it clear on many previous occasions that, having invested so much time and money into developing homegrown coaches, it is now committed to ensuring that the senior men's team is managed by an Englishman.

So if that remains the case, whenever Southgate's time comes to an end, the list of candidates becomes extremely short very quickly.

Potter remains the bookmakers' favourite to become the next England manager, despite being less than a month into his new job at Stamford Bridge. The 47-year-old is regarded as a shining light of the FA's coaching development system, having completed his UEFA Pro-Licence at St George's Park, and his teams play attacking, intelligent football. But the Champions League is now the real pinnacle of the game, so it is difficult to imagine Potter giving that up to manage England just yet.

Newcastle's Eddie Howe is second favourite, but like Potter, is in the early stages of a club job that could take him into the Champions League. Newcastle are clearly going places under their wealthy Saudi Arabian owners, so Howe might feel like he was walking out on a lottery syndicate before it hits the jackpot if the England job came his way.

If the FA is to stick to its "English-first" approach, then none of the above would be regarded as suitable candidates, although Cooper (Welsh) and Rodgers (Northern Irish) could be considered as having both worked their way through the English system. Even the England under-21 coach, Lee Carsley, won 40 caps for the Republic of Ireland, despite having been born in Birmingham. But if Southgate does leave in a few months, the two most obvious candidates are working in the Premier League and have both come through the same St George's Park system as Potter: Aston Villa's Steven Gerrard and Everton's Frank Lampard.

While Potter and Howe are both strong candidates, neither can boast the international pedigree amassed by Gerrard and Lampard as players and, similarly, cannot claim to have prolonged experience of managing under huge pressure, as Gerrard did at Rangers and Lampard during his 18-month spell in charge of Chelsea.

Gerrard's struggles at Villa right now and Lampard's failure to win silverware at Chelsea have tarnished the reputation of both, but it shouldn't be forgotten that Gerrard won the Scottish title with Rangers and that Lampard gave youth a chance at Chelsea during a worldwide transfer embargo, secured Champions League football and reached an FA Cup final.

Neither Gerrard or Lampard are perfect candidates, but the same can be said for Potter, Howe and the other names being mentioned. It is perhaps why the FA will be so keen for Southgate to ride out the storm that engulfs him right now. Unless they are prepared to start with a clean slate and open the job up to the best coach available, rather than the top homegrown one, Southgate might still be the best option for England.