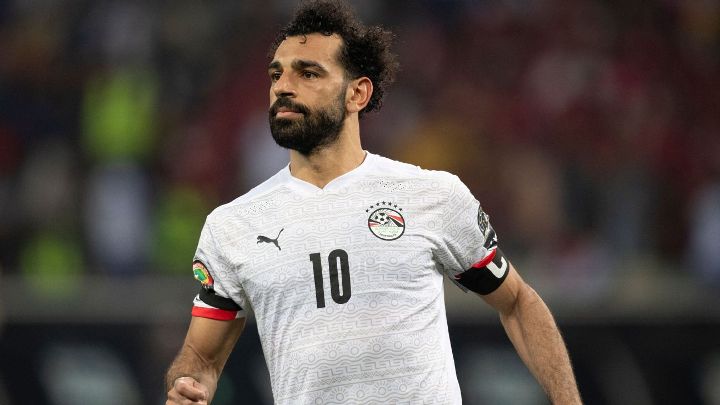 Morocco head coach Vahid Halilhodzic has said he is confident his side can silence Egypt winger Mohamed Salah in Sunday's Africa Cup of Nations quarterfinal in Yaounde.

The knockout clash will pit the Liverpool star against Watford left-back Adam Masina, who was taken off at half-time when he struggled to contain Salah in Liverpool's 5-0 win in October.

Halilhodzic told ESPN he believes Masina will enjoy better fortunes in the rematch between the two players, even if he may need a little help from his teammates.

"Over the last two-to-three months, Salah was the best player in the world," Halilhodzic said. "He's been absolutely unstoppable with his club, so yes, we've looked at videos of his qualities, and we've prepared tactically for this specific meeting against a fantastic player.

"We'll try to block his qualities, and Adam or someone else [will take responsibility for this], it can't be one player alone, he needs help alongside him."

"We definitely need help to neutralise his talent and ensure it's not expressed in this match," Halilhodzic added.

"He's fantastic, but I also think we have players capable of stopping him and blocking his actions.

Sunday's meeting between the North African giants is a rematch of the 2017 quarterfinal between the two, when Kahraba netted an 88th-minute winner to send Egypt through to a semifinal showdown with Burkina Faso. They were later defeated by Cameroon in the final.

For Morocco, knockout victories at the Africa Cup of Nations have been rarer occasions, with the country not reaching the last four of the competition since they were runners-up to Tunisia in 2004.

"The two teams know each other well and the rivalry is intense between the pair," Halilhodzic added. "It'll be a tactical battle, and while they have more experience, I know them well.

"We have enthusiasm, youth and, despite what they've done, we want to win, we aren't afraid of them.

"We're better in possession, our game is well organised, but we much be vigilant, concentrate and manage the details that can make the difference in the match."

Victory for Morocco, who are chasing their first Nations Cup crown since 1976, would send them into a semifinal against either The Gambia or tournament hosts Cameroon, who meet at the Stade Japoma, Douala, on Saturday.