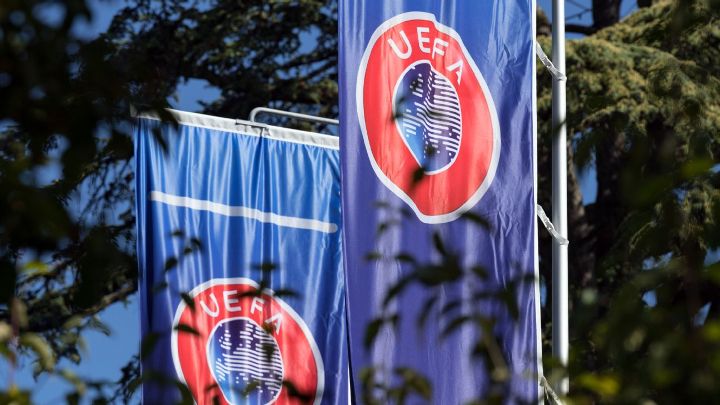 A court in Madrid has rejected a bid from UEFA to have the judge who granted an injunction protecting the Super League removed from the case.

Judge Manuel Ruiz de Lara sided with the Super League and its remaining clubs Real Madrid, Barcelona and Juventus when they brought a lawsuit last year asking for UEFA's disciplinary proceedings against them to be halted.

UEFA subsequently sought to have him recused, alleging irregularities in how he had handled the case.

That request was denied by Madrid's Audiencia Provincial Court on Wednesday, which found that Ruiz de Lara had acted correctly and ordered UEFA to pay costs and a fine.

The ECJ will rule in the next few months on the question of whether UEFA's control of European football constitutes a monopoly, in breach of competition law.

The project appeared to fall apart when nine of them, including six from the Premier League, said they were withdrawing just days later following fierce opposition from fans, politicians and football's governing bodies.

However, Perez has vowed to push ahead with the plans regardless, claiming UEFA's Champions League reforms are insufficient to safeguard football's future.

In November, he told the club's annual general meeting that "UEFA have to be reminded who Real Madrid are."

"The courts have protected the Super League, obliging UEFA to annul their disciplinary processes," he said. "Spanish justice took the case to the European courts, which will issue a binding ruling on UEFA's monopoly."