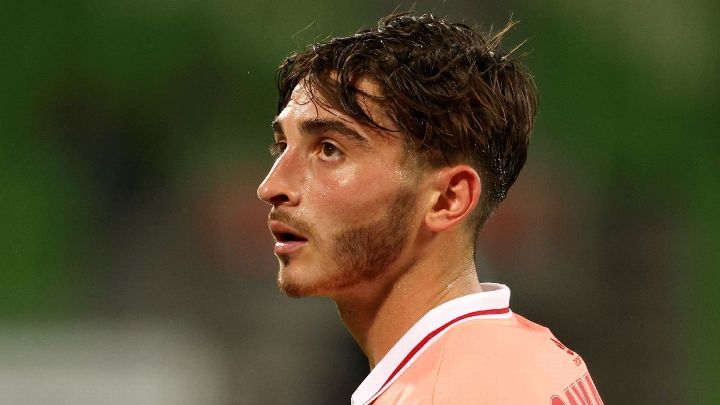 Football Australia is fining Melbourne Victory $5,000 AUD for anti-gay abuse directed at Josh Cavallo by supporters during an A-League Men match earlier this month, as Victory's investigation closes in on the individuals they believe were responsible.

Adelaide United's Cavallo, the only openly gay top-flight male professional player playing in world football, took to social media the day after his side's 1-1 draw with Victory at AAMI Park earlier this month to reveal that he had been the subject of anti-gay slurs from the stands and on social media during and after the game.

The 22-year-old utility player had been brought on as a 54th-minute substitute before being taken to the sidelines and substituted under concussion protocols during injury time and wrote that he was "not going to pretend that I didn't see or hear the homophobic abuse at the game last night."

Victory, United, and A-Leagues operators the Australian Professional Leagues (APL) swiftly moved to condemn the incident and launched their own investigation, with APL CEO Danny Townsend declaring that the league would "investigate the incident and will issue sanctions to any people found to be involved."

For their part, Football Australia, in their role as regulators of the A-Leagues, issued a show-cause notice to Victory under Australian football's National Code of Conduct and Ethics regarding the incident on Jan. 15.

Following Victory's response, it has issued a $5000 AUD fine to the club, with the money to be directed into investments into LGBTQIA+ awareness and education initiatives in football.

The federation had a range of sanctions to choose from including reprimands, to points deductions, to spectator bans available, but ultimately settled on a small fine after taking into account Victory's prompt condemnation of the slurs; their commitment to LGBTQIA+ awareness, training, and educational programs at the club and the club's commitment to working with supporters to take additional steps to educate other fans about diversity and inclusion.

Influential fan voices at Victory such as podcast For Vucks Sake, as well as large portions of their fan base, have been quick to condemn the slurs, however the club's unaffiliated active support group Original Style Melbourne has come under a spotlight for their continued refusal to actively condemn anti-gay abuse under the guise that such an act would violate their stance that the group "is not the place to push any political or social opinions"

"Melbourne Victory has received notice of the reprimand delivered by Football Australia and maintains a strong stance on condemning the homophobic abuse that occurred on January 8," a Victory spokesperson told ESPN.

"The club is committed to not only fulfilling Football Australia's measures but taking its own measures to promote LGBTQIA+ awareness and making Melbourne Victory's match days an inclusive environment for everyone.

"Melbourne Victory, the A-Leagues, Football Australia and Stadium Management's investigation into the matter is ongoing."

"We have tens of thousands of spectators attend football stadiums each week in our season. This is a case of a small number of individuals acting in a way that does not reflect the values of our sport. To be clear, the actions of the spectators responsible for using homophobic slurs against Josh Cavallo were completely unacceptable.

"While we have noted and were pleased with the positive measures undertaken by Melbourne Victory, a sanction reflects the fact clubs are ultimately responsible for the actions of spectators."