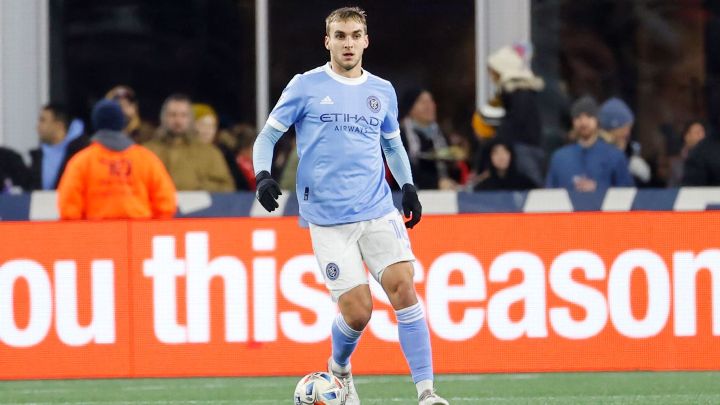 Rangers have an option to acquire Sands at the end of the loan.

"James is a player who I have been aware of for some time,'' Rangers manager Giovanni van Bronckhorst, a friend of former NYCFC and current Austin FC sporting director Claudio Reyna, said in a statement. "His versatility was a big attraction and I've been impressed with his attitude and mentality in the games that I have watched recently. He is a talented young player with areas of his game which we will endeavor to develop through our coaching.''

Sands, a 21-year-old from Rye, New York, made his MLS debut in 2017 and appeared last year in 26 regular-season games and four postseason matches. He was selected to the MLS All-Star team.

"I feel it is time in my career to test myself in another league and face a new challenge in Europe,'' Sands said in a statement. He made his debut for the U.S. national team in last year's CONCACAF Gold Cup and has made seven intenational appearances, including a start in a World Cup qualifier at Honduras.

"Aside from his qualities with the ball, his versatility and tactical understanding, we also know that James is a brilliant character, positive personality and despite his young age, is already showing impressive leadership qualities," Rangers sporting director Ross Wilson said in a statement.