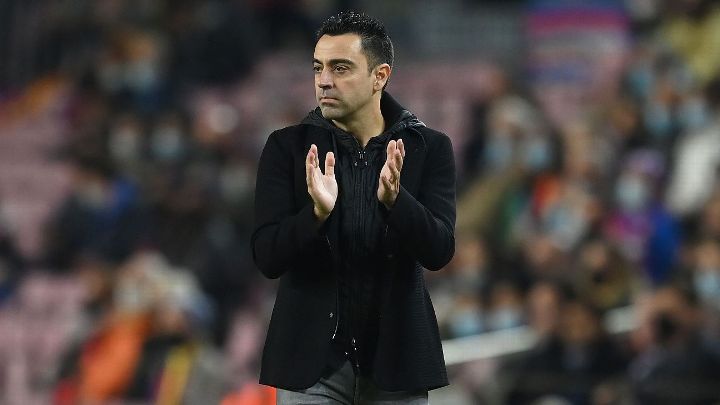 Barcelona will take on Italian side Napoli in the Europa League playoff round after being knocked out of the Champions League last week.

Barca finished third in their group behind Bayern Munich and Benfica, which saw them drop into Europe's secondary competition for the first time in 17 years.

They will face Napoli for a place in the round-of-16, with the first leg to be played at Camp Nou on Feb. 17. The return game will take place in Naples at the Diego Armando Maradona Stadium a week later.

The other ties pit Atalanta against Olympiakos, RB Leipzig against Real Sociedad, Zenit St Petersburg against Real Betis, Sheriff Tiraspol against Braga and Porto against Lazio.

All the playoff matches will be played over the same two dates in February, with the winners advancing to the round-of-16, when the teams that topped their group in the Europa League will re-join the competition.

The final will be played at Sevilla's Sanchez Pizjuan Stadium in May.

Barca's tie against Napoli was notable because of the club's shared history with Diego Maradona, who died just over a year ago and played for both clubs.

Barca are in Saudi Arabia where they will play another one of the Argentina legend's former clubs, Boca Juniors, in the Diego Maradona Cup on Tuesday.

Napoli last played Barca in the round-of-16 of the Champions League in 2020, with the Catalan side prevailing with a 4-2 victory on aggregate.

A lot has changed since then, with Xavi Hernandez now in charge of a Lionel Messi-less Barca side that have not just failed to get out of their Champions League group but also sit eighth in LaLiga.

Napoli, meanwhile, have slipped to fourth in Serie A after a run of just one win in six league games.

In the third-tier Europa Conference League, English Premier League club Leicester City will face Danish side Randers and Scottish club Celtic will take on Norwegian champions FK Bodo/Glimt in the knockout playoff round.

Austrian club Rapid Vienna will face either England's Tottenham Hotspur or Dutch team Vitesse Arnhem, depending on which one of the two teams advance.

Tottenham's further participation in the competition is yet to be decided by European football governing body UEFA after their game against Stade Rennais was called off due to COVID-19 cases in the club.

UEFA has said the game cannot be rescheduled. Vitesse are second in Group G on 10 points after playing all six games, while Tottenham are third on seven points after five matches.