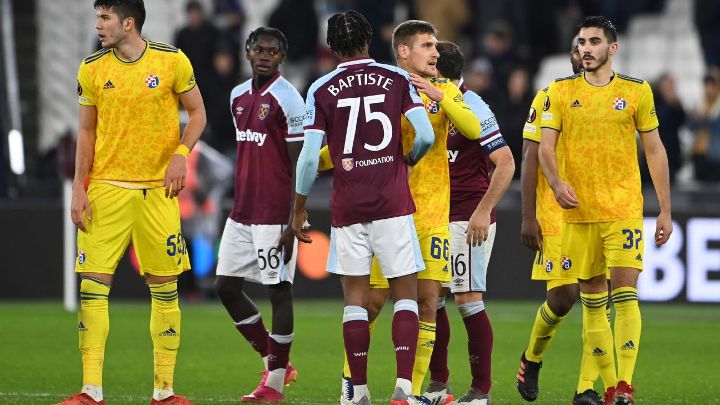 Dinamo Zagreb sealed a playoff berth in the Europa League knockout stages after a stunning early goal from Mislav Orsic gave them a 1-0 win at a second-string West Ham United in Group H on Thursday.

West Ham had already secured top spot and an automatic last-16 berth while runners-up Dinamo will face one of the third-placed teams dropping down from the Champions League.

The winger beat West Ham's reserve goalkeeper Alphonse Areola with a dipping shot from the edge of the penalty area into the top corner, delighting a handful of away fans at London stadium.

Areola did well to keep out two long-range efforts from Luka Ivanusec and another by Orsic as Dinamo dictated the game and were rarely troubled by the home side.

Earlier on Thursday, Napoli secured a playoff berth with a thrilling 3-2 home win over Leicester City in Group C which sent the Premier League side from first to third in the standings and out of the competition. Spartak Moscow topped the group with a 1-0 victory at Legia Warsaw.