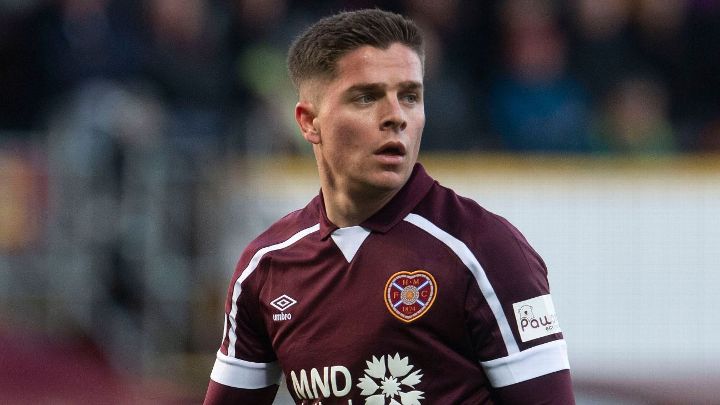 Upon signing for Hearts in late August from Wellington Phoenix via the Newcastle Jets, Cameron Devlin has immediately become a mainstay under Jambos boss Robbie Neilson.

Playing 90 minutes in eight of the 10 league games he has been available for, the 23-year-old is already a key figure at Tynecastle. So, he feels like the ideal subject for this inaugural Socceroos Scouting Report.

Now the Scottish Premiership might not be the strongest of leagues in Europe. Yet, Devlin has only been there for the proverbial cup of coffee and his defensive numbers jump off the page.

He's above the 95th percentile for midfielders in Scotland for defensive actions, possession-adjusted interceptions and defensive duels per 90 minutes. That last category also feeds into his ability to win fouls. Something the numbers reaffirm in this sense, Devlin is not afraid to take contact if it means winning the ball.

However, the data does reflect how his passing is more quantitative than qualitative. Despite the relatively high volume of passing for a team in Scotland that isn't Rangers or Celtic, Devlin isn't a midfielder who is going to pull defences into discomfort with movement off the ball.

It's something the initial disparity between his intercept and tackle volume at Hearts kind of underlines. Devlin instinctively senses the next opposition pass, stepping onto it and not hesitating when he makes the decision to apply pressure. When he does make that decision to go, he then has the ground coverage to back it up.

Later on, the same approach allows Devlin to win the ball and deny a transition with Hearts chasing the game.

As assertive as Devlin might be in a defensive sense, it doesn't transfer to when his team has the ball. Both seasons of Devlin's time at Wellington hinted at this, with Matti Steinmann's departure from the Nix creating particular discomfort for Devlin in earlier phases of possession. How Hearts set up under Nielson alleviates that to a degree, with wide outlets to wing-backs in a 3-4-3 formation rarely lacking.

That allows Devlin to receive from below the ball carrier, creating the ability to either switch play or pierce through the opposition's midfield line in distribution. But it's ultimately reliant on others when the opposition defence is set, and that's not ideal when looking at a midfielder or the collective in turn.

Spaces between players can unintentionally tend to stretch, when midfielders who primarily move towards the ball come up against more organised defences and/or stronger opposition. As a result, teammates become isolated and, more often than not, play will eventually break down and lead to a heightened threat going the other way.

This example against Rangers is indicative. Ben Woodburn receives the ball in Rangers' half, after two switches of play from Devlin, but is bereft of passing options. Rangers then transition after capitalising on the numerical advantage in that situation, and Hearts keeper Craig Gordon is eventually forced off his line to deny Scott Wright, who was put through on goal.

Now, if there's anything Australia isn't lacking when it comes to players, it's defensive midfielders. There are a lot of Australian midfielders who can run for days, circulate the ball and tackle when required. Devlin does it better than most, though. Especially in Asia, with the Socceroos dominating territory in most games, the 23-year-old's ability to step onto the next pass and come out with the ball is potentially very handy.

Something the Socceroos reflect more than most in Asia, though, territorial gain does not necessarily translate into positional impact. In isolation, Devlin could very well play at the base of midfield in a double pivot under Graham Arnold. His burgeoning club career has suggested, however, that his partner at the base is critical when considering his overall attacking and defensive impact. Meanwhile, Gianni Stensness and James Jeggo might be more flexible pieces, either playing in a double pivot or as the sole base in a midfield three.

Looking at the last Socceroos squad, they're the two he ultimately and realistically should be competing with.