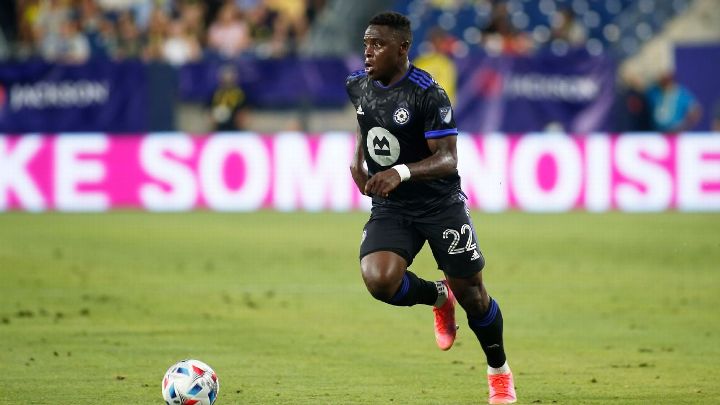 With a new-look Nigeria side taking on Mexico in California on July 3, the Super Eagles participating in the friendly have more at stake than the seemingly empty fixture would suggest.

The latest in that short line of matches, which is scheduled for the Los Angeles Coliseum on Saturday, has taken on added significance for the players on the Nigeria side, as they mainly play their football in Nigeria and have not often been picked for this first team.

Their brief is to prove that they are good enough to earn spots on the main squad and compete with the Europe-based stars who enjoy favour with head coach Gernot Rohr. Only a couple, like Montreal's Sunusi Ibrahim and Tottenham U23 goalkeeper Joshua Oluwayemi, play overseas.

The 68-year-old is not a big selector of players from the Nigerian domestic league, and since taking on the job in 2016, has made it clear his preference is to pick players with European football experience.

Rohr has told ESPN previously that while he will select the best players into the Super Eagles, new call ups must be better than the players he currently has, and he does not believe that is the case with the NPFL players.

He said in the past: "Everybody knows, not only in Nigeria, that the big players are in Europe or somewhere else in professional league. We cannot find players in the local league who are better than the other ones. That is the fact."

But if Mexico were expecting an easy ride from a weakened Nigeria side, Enyimba midfielder Anayo Iwuala is quick to douse any such hopes, telling ESPN that the game is a chance for the local players to reverse that perception and earn the respect of not just their coach, but the doubters.

Iwuala said: "This is a match for us the local players to prove ourselves, to try and prove a point and change the mentality of Nigerians and maybe the coach by making them understand that we have good talents playing in the Nigerian league.

"Whether it will change the mind of the coach or not, we don't really know but we just have to go out there and show up."

They will have to do so with the coach watching and assessing from the stands rather than the touchline. He has ceded responsibility for coaching this team and game to Nigeria's Technical Director and former World Cup star Augustine Eguavoen.

Although Eguavoen is more than competent, having coached the Super Eagles himself, that decision by Rohr has led to withering criticism from Nigeria's Sports Minister Sunday Dare, who was so incensed by Rohr not handling the team that he accused him of discriminating against local league players.

"The NFF needs to call Gernot Rohr to order, because we cannot have a technical coach who will discriminate amongst our players," the Sports Minister said in an interview with reporters after visiting the team prior to their departure for the USA.

"They are football players, they have talents, you cannot discriminate. His attitude towards home-based players is unacceptable. It is negative to our football development in this country, and I call on the NFF to call him to order."

Still Rohr told ESPN that he is in Los Angeles to see the team play, and has left the door open for any outstanding performers to earn their way into the A side.

He said: "I think it is a good opportunity for the home-based players who should be the best ones in the country right now.

"It is an opportunity against Mexico for them to show to the head coach that they want to come higher. So the motivation will be there and I will watch it with big interest. As you know, I have already two or three of them in our Super Eagles, but there can still be others.

"There is no time for us to make other tests, we did it already. We will get to the end of August, to the camp for our World Cup qualifiers, and there we need to work together and it is not the moment to make tests.

"The competition is very difficult for them because the European players are very experienced. But it is good to see them work well and we will see what happens."

That is all the motivation Iwuala and his teammates need to put up a show against Mexico. The last three friendlies between the two sides have ended in draws, but the Enyimba forward says the additional edge to the game could see the Nigerians play with more spirit.

He said: "There are so many factors involved when it comes to winning a game. Our main priority is to showcase ourselves, to play as a team, to make the world see that we have what it takes to contend with the Mexico team.

"If the victory comes our way, we will take it. But the major thing here for us is to show Nigerians that we have what it takes to contain the Mexican team.

"For us to get a result against this Mexico side, we have to put our minds together, play as a team, stay compact and make use of our chances and try as much as possible to create more chances and utilize it and stay focused on the game.

"I believe if we have all this together we will get something out of this game."

That is fighting talk, and one Mexico will do well to pay heed to if they are not to be embarrassed by a Nigeria B side.