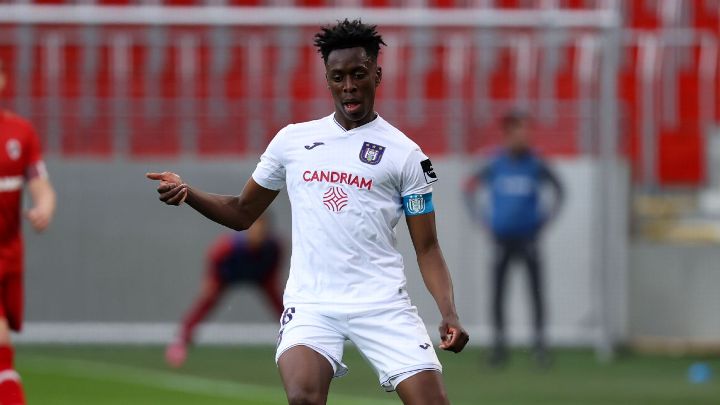 Arsenal have had a £12.9 million bid rejected by Anderlecht for midfielder Albert Sambi Lokonga, sources have told ESPN.

The Gunners have been told a fee of £17.2m will be enough to land the 21-year-old and talks are ongoing as they consider an improved second offer.

Manager Mikel Arteta is keen on strengthening his midfield options this summer with Dani Ceballos now back at Real Madrid, Granit Xhaka in negotiations to join Roma and several others including Matteo Guendouzi and Lucas Torreira available for transfer.

Sambi Lokonga, who has two years remaining on his contract, is expected to leave Anderlecht this summer with other clubs also rivalling Arsenal for his signature.

Sources have told ESPN the Gunners have scouted him for some time, dating back to before the start of the coronavirus pandemic.

He is on Belgium's standby list for Euro 2020 after making 37 appearances for Anderlecht last season.

Arsenal have looked at several players in Sambi Lokonga's position having had an offer dismissed by Lyon for Houssem Aouar last summer. Real Betis' Nabil Fekir is also another option but no bid has been submitted as the Gunners prioritise a push for Sambi Lokonga.

Odegaard made 25 appearances for Arsenal across all competitions last term and brought a level of composure and maturity in possession Arteta values highly.

However, Carlo Ancelotti has replaced Zinedine Zidane as head coach in Madrid and there are indications now that Odegaard could be retained. Once a final decision has been made, the Gunners will pursue other targets in the No. 10 position.