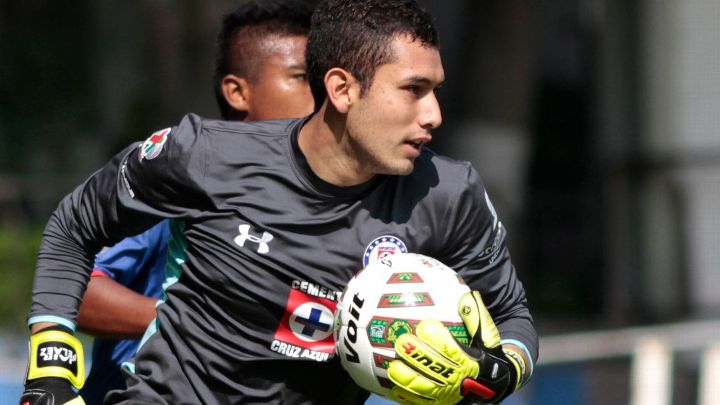 Cruz Azul Hidalgo goalkeeper Jair Pelaez alleged that police threatened and extorted $412 from him over the weekend after a routine traffic stop.

Pelaez said he was traveling from the state of Hidalgo to Mexico City for his son's doctor's appointment, but was stopped by police in Estado de Mexico for not having the correct license plate to use the vehicle on Saturday, in accordance with local regulations in Mexico City and the surrounding states.

The goalkeeper, who has previously played for parent club Cruz Azul, accepted that he'd have to pay a fine and followed police to where he thought he was supposed to pay. But then things turned sour.

"Things got very suspicious arriving at the place," Pelaez wrote on his Twitter. "They asked me to get out of my vehicle. I did and asked where I should pay the fine and if I had to leave the vehicle in the impound lot.

"That's when they started to scare and threaten me with doing something to my wife and children," he said.

In an interview with ESPN Mexico, he added that around seven to 10 police surrounded him and eventually asked for money to "speed up" the process, indicating that the offices to pay the fine were closed and his car would be impounded for two days.

The police then took Pelaez, without the rest of his family, to two ATMs to withdraw money. The 26-year-old ended up paying a total of 9,100 pesos ($412 USD) to the police to be able to leave.

"I'm being advised by lawyer friends and I want to take this as far as possible," Pelaez told ESPN. "I don't want this to happen to anyone. We are all human beings, with the same rights. It's a call to attention for everyone. It could happen to a family member, someone you know and it could even have been worse."