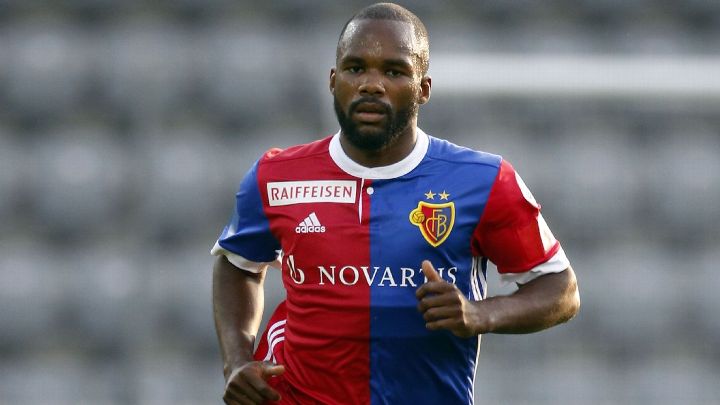 FC Zurich have condemned the fan who threw a banana at FC Basel's Aldo Kalulu as he took a corner in their match on Sunday.

The Swiss club said the banana had been thrown from the part of the St Jakob Park stadium that was occupied by their supporters.

"In the early stages against Basel, a banana was thrown out of FCZ's fan zone towards FCB player Aldo Kalulu when he went to take a corner," Zurich said in a statement.

"The club strongly condemns this racist behaviour and does not tolerate it in any way. There is no room for xenophobia and discrimination in football.

"FCZ has always been committed to diversity and welcomes all people, regardless of their background or religion."

Kalulu, a Frenchman of Rwandan descent, was also pelted with cigarette lighters when he went to take the corner in the ninth minute of Basel's 2-0 win, media reports said.

The Swiss Football League has yet to comment on the incident.