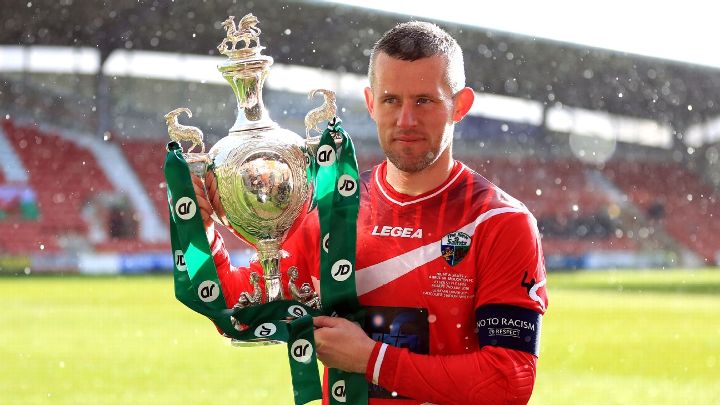 Welsh Premier League champions The New Saints can end Ajax's 44-year hold on the world record for the most consecutive wins on Friday night.

The great Ajax team of Johan Cruyff, Johan Neeskens and Arie Haan won 26 consecutive games in 1972 at a time when the Dutch club were dominating European football.

The Guinness Book of Records have already verified that TNS will remove Ajax from the record books should they win for the 21st consecutive time in the league this season.

"It's brilliant for the football club and an exciting time to be here," said manager Craig Harrison, 39, who played for Middlesbrough, Preston and Crystal Palace before his career was cruelly cut short by injury.

"We knew Bangor's domestic record for consecutive wins was about 11 or 12 games, but we weren't even aware of the world record until about a month ago.

"Football is all about winning trophies and that's what we want to be doing at the end of the season, but every player here wants to be part of a team that broke a world record."

TNS are the only full-time team in the Welsh Premier League and their domestic domination has seen them win eight titles in the last 11 seasons.

This season, they have also competed in the Scottish Challenge Cup and part of their 26-game record-equalling record includes wins over Forfar and Livingston.

"We expect to be favourites to win competitions and to be successful," Harrison said. "But in no way are we comparing ourselves to that great Ajax team.

"The record is a bit tongue-in-cheek if anything, but there is still a huge amount of pride there.

"We want to break the record but it's not something we have dwelt on in recent weeks.

"It hasn't been a taboo subject in the dressing room, but I haven't made a big thing of it in my team talks and I won't do so at Cefn Druids.

In November, Ajax sent East Kilbride a crate of 27 beers after the fifth-tier Scottish side beat the record (going on to win 30 straight games) but the feat was not recognised by Guinness as the matches did not take place in a top division.