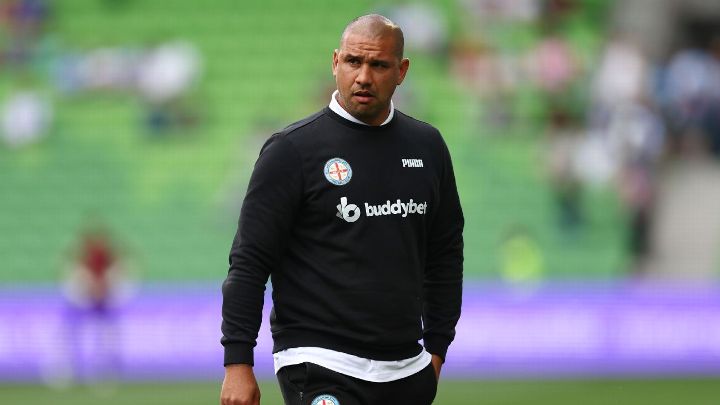 Melbourne City coach Patrick Kisnorbo will become the first Australian to manage a side in one of Europe's top five leagues after signing with French Ligue 1 outfit Troyes.

Kisnorbo's immediate exit from City comes after reports from international media that the 41-year-old had been sounded out to replace Bruno Irles, who was sacked on Nov. 8.

The move was confirmed on Wednesday evening (AEDT) with Kisnorbo's assistant coach at City Ralph Napoli also joining him at Troyes.

An 18-time Socceroo, Kisnorbo joined City's coaching staff immediately after retiring from their playing list and took over as manager in the 2020-21 season.

When the A-League went on hiatus for the World Cup, City were sitting first on the ladder and remained the only undefeated side in the competition through six rounds.

Kisnorbo joins Australians Ange Postecoglou, Kevin Muscat and Peter Cklamovski as managers of overseas teams and will hope to hoist Troyes up from 13th on the ladder when the competition returns.

"We consider ourselves lucky to have been able to hold onto Patrick for so long, and we celebrate what he has achieved at Melbourne City," City CEO Brad Rowse said.

"He has been instrumental in establishing our club's philosophy and methodology in a way that it is now sustainable and can be built upon further."

City's A-League Women boss Rado Vidosic will begin coaching the men's team on an interim basis, with Dario Vidosic replacing him at the ALW side. City's next game is against Sydney FC on Dec. 10.

"Rado has a long history in the A-League Men's competition, previously involved as a Technical Director, Assistant Coach and Caretaker Coach at Brisbane Roar, plus time as an assistant at Sydney FC, Melbourne Victory and Wellington Phoenix," Rowse said.